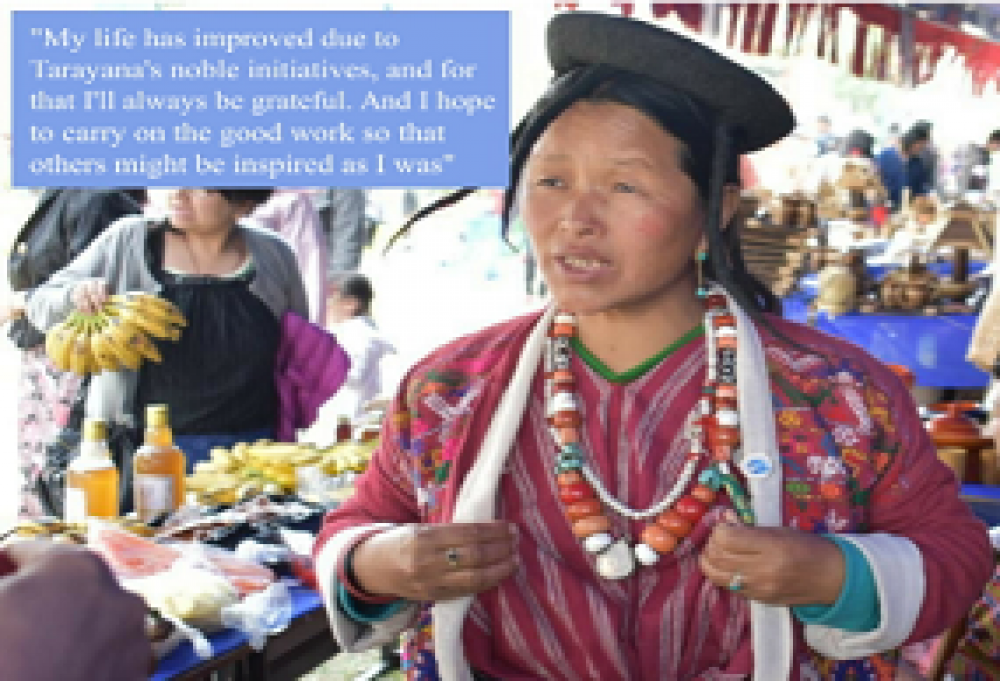 Bhutanese women do it all – they work in the fields and bear and rear children. They soothe, cuddle and serve the entire family while keeping the fire burning in the hearth at home. They even pursue their passions and contribute to the monthly income of the family. Forty-two-year-old Pema Lhadon is one such woman.

A true craftswoman, she lives with her husband and their two children in the picturesque village of Sakteng – high up in the eastern Bhutanese highlands. Dry felting began as a hobby for her some years back until it transformed into a skill-set after she attended a training conducted by Tarayana in her village in 2015. Today, she possesses all the know-how on dry felting.

Equipped with better methods to maximize her produce and with a better understanding of market demands, Pema has now been able to monetize her skills.“My life has improved for the better with Tarayana Foundation’s initiatives,” she says with a smile, adding that her finished products have improved in terms of design and finish, and raised her income bar a few notches up.

With a savings account now in her local bank, Pema stashes away the extra income not for a rainy day, but to uplift the lives of her children.Today, she works closely with a self-help group of like-minded women in Trashigang.